City Morgue is an American hip hop & trap metal duo from New York City formed by ZillaKami and SosMula in 2017. They have gained international fame thanks to their intense lyrics, harsh production and quite extreme music videos.

ZillaKami and SosMula have been working closely together with the record producer Thraxx. Within the first two years they’ve published numerous tracks, two studio albums City Morgue Vol 1: Hell or High Waters in 2018 and City Morgue Vol 2: As Good As Dead at the end of 2019 and featured for artists such as Pouya. The duo is selling out their shows and has already been on tour with Denzel Curry and $uicideboy$. 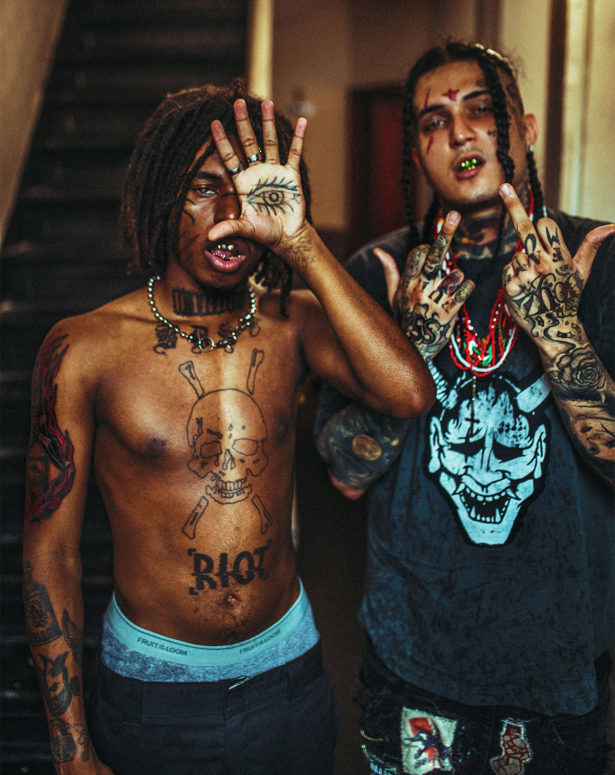