In her music, the singer-rapper-songwriter F combines rap, r&b and electronic pop sounds. Having a strong musical background, this Turku-based artist is authentic, uncensored and known as an impressive live performer. She was signed to Universal Music Finland in 2017 and released her first single ”OVIKELLOO” later that year. F’s singles such as the debut ”OVIKELLOO”, ”Kärpänen” with Pyhimys as the featuring act and ”Katastrofin aineet” with another Blockfest-artist costee are familiar to many from radio. In the spring of 2019, F released her first full-length album MÄ EN oo VIEL TARpEEks Iso. In the beginning of 2020 she released few singles, “Sokerii” and ”Sä”, that were later on featured in her second studio album Mä oon vapaa. Her highly expected third album ”Jos” was released in early April 2022.

With only a couple of years behind her, she already performed at some of the biggest festivals in Finland, such as Blockfest, as the warming act for the US rapper Azelia Banks and also for Pyhimys’ in his Tapa Poika -tour, was a part of D.R.E.A.M.G.I.R.L.S.-rap show and has featured for artist such as Elastinen and costee. F’s hard work has definitely been noticed and her music video ”Vapaa” won the Emma-award for Music Video of the Year. 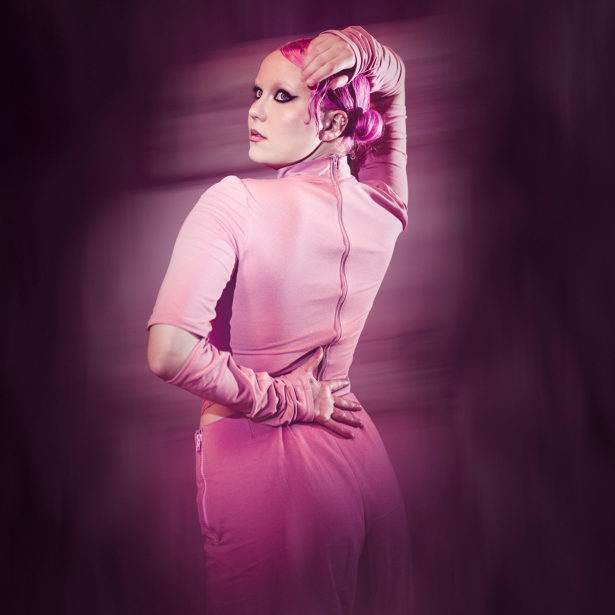