The American rapper Gucci Mane is known as the pioneer of Atlanta-based trap music alongside other artists such as T.I. and Young Jeezy. He debuted in 2005 with his independent album release Trap House with the leading single “Icy”. He started to release new projects on a steady pace right from the beginning and has kept it up ever since. Following his successful mixtape releases in 2009, he was signed to Warner Bros. Records and released his first gold-certified album The State vs. Radric Davis.

His impressive discography, with 16 solo albums and tens of mixtapes, is surely a sign of a hard-working artist. Just in 2019, Gucci Mane released 3 projects; Delusions of Grandeur, Woptober II and the newest East Atlanta Santa 3 just before christmas. Besides his solo materials, Gucci Mane has done collaborative albums with artists such as Waka Flocka Flame and the producer Metro Boomin and worked together with Drake, Lil Wayne and The Weeknd, just to name a few. He has also made a guest appearance for example for Usher, Migos and Rae Sremmurd for their 2016’s hit single “Black Beatles” that provided Gucci Mane his first number-one single on Billboard Hot 100.

The Autobiography of Gucci Mane was released in 2017 and the book became a New York Times bestseller. It traces Guwop’s, how Gucci Mane is often referred to by fans, evolution with all the struggles that he’s faced. The book is also supposed to be adapted as a biopic. 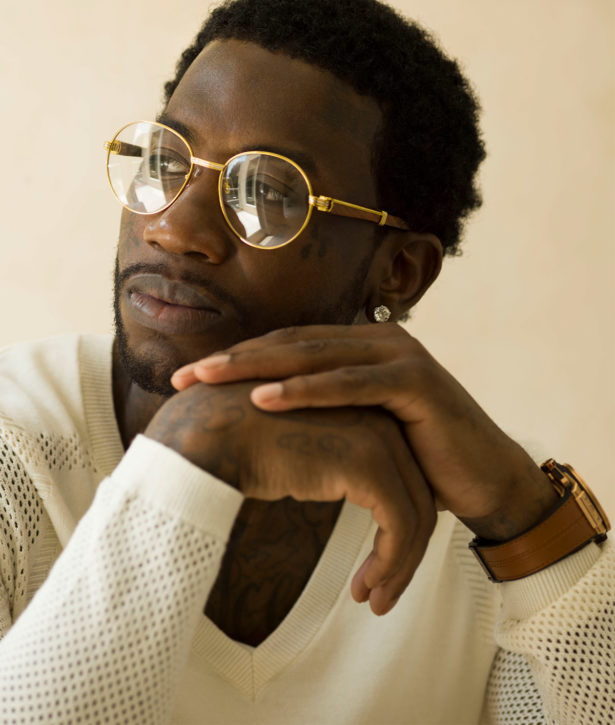